The King of Fighters XIV/Athena Asamiya 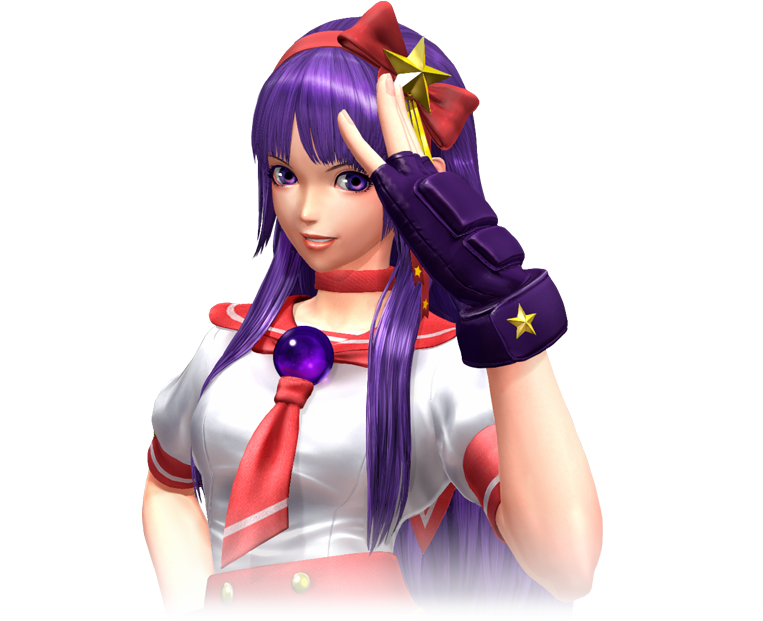 EX: EX Psycho Ball is a very slow startup and traveling 3 hit fireball. Super plus on block if someone actually blocks it.

EX: dp is faster than C with even more invincibility.

EX: EX is similar in use but has less recovery.

EX: EX version is faster and +1 on block.

EX: EX version is faster, invincible until the grab, and throws them higher in the air.

EX: EX version is invincible frame 1, is invincible almost the entire teleport, can also pass through the opponent, and is cancellable to other ex specials.

Max: version is even faster (4f), and does more damage.

Meterless: A decent meterless punish. Actually does more than most of her meterless bnb confirms. 187 DMG

Rush auto combos aren’t recommended if you have meter.

(Shining crystal bit hits twice when done right after a close hit st.CD in the corner.)

(In order to hit with the last hit of air qcb+BD after ex grab, you’ll need to tk (2147) it with a slight delay. Delayed too long you won’t be able to follow up with dash dp+a. You can follow up with a normal cancelled into A (or ex on 2nd/3rd position) fireball instead of dp+A.)

(For 2nd/3rd position character. Tk air f+B has to be done off a hop and as soon as possible. If you want to use more meter you can do air hcbx2+P/AC or air hcbx2+P xx air qcfx2+AC after dp+C.)

(2nd/3rd position character only. This entire combo pretty much has to be done as fast as possible to not have the meter run out before ex super on second position.)