The King of Fighters XIV/Benimaru Nikaido 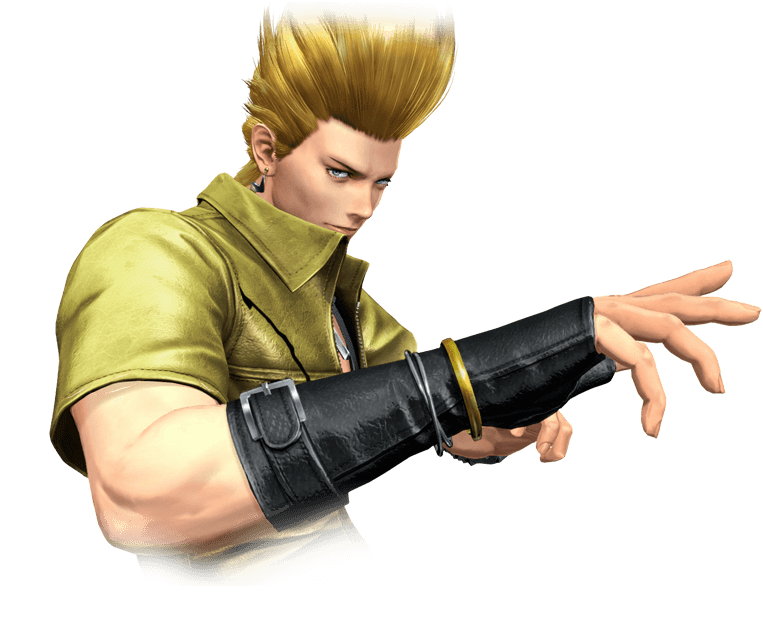 Benimaru Nikaido is one of the fan favorites from the original roster all the way from KOF94. In this game he is definitely one of the best characters with almost every tool at his disposal. The only important move he lost from previous games was the reversal kick. Despite that loss he can still be played in various different ways ranging from keepaway to rushdown. Due to his good damage and versatility he fits any slot in the team.

+ Awesome set of moves both normal and special

+ Raijinken being probably the most buff version of itself ever, covering jumps and ground approaches at the same time, while building meter

+ Versatile gameplay that supports both defense and offense

- No proper reversal move without meter

- No proper projectile without MAX

EX: Has 3 frames of start-up & much harder to punish by itself.

EX:Last hit of his follow-up does 2 extra hits. Best used at the end of combos for extra damage.

EX: The slash attack turns into a tall projectile that travels full screen.

EX: This is the light punch version animation but has less start-up with the same amount of range. When hit, the opponent is stunned, placed mid-air in a juggle-able state.

EX: More damage & can follow up with any attack while the opponent is slumping to the ground.

Max: Fully invincible, faster start-up, more damage with a larger attack area. Best used as an anti-air or at the end of certain combos.

Max:Travels a bit farther than the normal super version, more damaging but has the same start-up time.

(Lower the amount of cr.B's depending on how far you are from the opponent. You can super cancel the first hit of the qcf+B/D > d,u+B/D follow-up for more damage)

(add a jump attack for more damage & an easier confirm)