The King of Fighters XIV/Kula Diamond 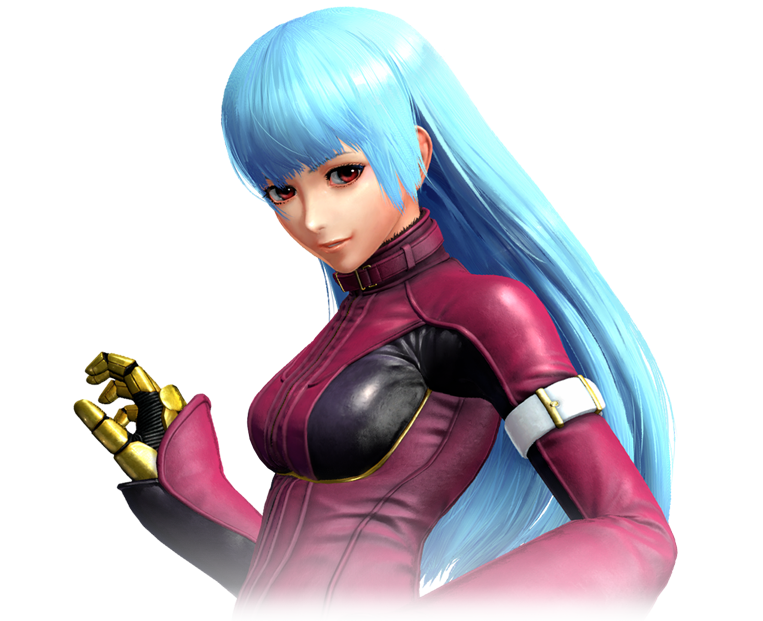 Kula is a well-rounded character with a plethora of pokes, anti-airs, pressure moves, and damaging specials that make her appealing to use at any spot on one's team. She also handles zoning characters extremely well due to specials such as Diamond Breath and Counter Shell. In terms of offense, st.B, cr.B, st.C, and CD are all great pokes and potential combo starters. j.C and j.CD give her terrific aerials, pressure tools and a deadly cross up tool in the former. Ray Spin allows her to pressure foes, dodge projectiles, and even make blockstrings safe. Crow Bite gives her a mostly solid reversal as well as a damaging combo tool. She builds meter very well and is a nightmare to deal with once she corners an opponent.

Her only notable weaknesses are lack of a grounded overhead, forcing players to rely more on fundamentals to successfully mix up opponents and weak blockstrings that can be interrupted by fast or invincible moves. Against smart players, she will not be able to ‘autopilot’ into her blockstrings.

Other than that, she is a very solid character that new players and veterans alike will enjoy due to her ease of use and the utility she provides for teams.

EX: Crumples on hit, allowing for followups. Particularly good during MAX MODE combos. It will also go through an opponent’s fireball and punish if close enough to opponent. -3 on block.

EX: Starts up like the C Version and has 9 frames of invincibility, making it a great reversal. Also does more damage than the regular versions.

EX: A ‘medium Ray Spin’ that stays low to the ground like B Ray Spin but launches like C Version. More damaging than regular versions, even on block, and has 7 frames of startup invincibility, and is active on the 12th frame.

Max: Creates 3 ice pillars that do great damage. Has a ton of startup invincibility but slow startup, making it a bad reversal but good for going through slower moves. Not possible to connect all three ice pillars midscreen for full damage against cornered opponent, and difficult midscreen.

Max: Increased damage and range. Has startup invincibility (introduced in Version 2.0). Does more damage while setting up the same safe jumps. As anchor, this is the 2-bar super to use for Climax canceling against grounded opponents.

(Can whiff on certain crouching characters)

(4-frame punish; great damage. Caution: If used as confirm, note that f+A and qcb+B are minus enough to be punished with 2-bar supers from many characters)

(7-frame point blank punish. Even better damage. Caution: If used as confirm, note that f+A and qcb+B are minus enough to be punished with 2-bar supers from many characters)

(Slow but long-range punish; far C reaches further than st.B: Caution: If used as confirm, note that f+A and qcb+B are minus enough to be punished with 2-bar supers from many characters)

(Two-hit low confirm. Kula is close to the opponent after this hard knockdown. She can then time a safe hop C afterwards, and even use an ambiguous crossover hop C if the opponent is not in the corner. If opponent is too far after st.B hits, Kula will be airborne for dp+C and be unable to super cancel. If opponent is too far after the second cr.B hits, st.B (and probably dp+C) will whiff too. Kula will likely eat a full combo afterwards. Can finish with qcfqcf+P instead for 5 more damage, but recovers too late to get a safe jump (though she can still get a meaty on a cornered opponent)

(Sets up safe jump. 4-frame punish. Good damage and knockdown. Can safe hop afterwards, and even crossover hop C if opponent isn't in the corner)