The King of Fighters XIV/Goro Daimon 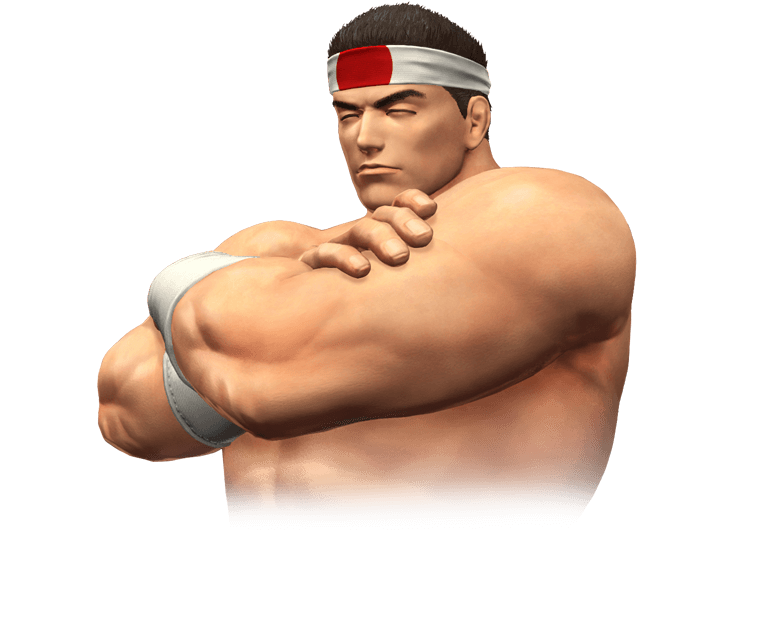 Daimon excels with long range normals to keep out opponents. When opponents become scared to approach Daimon, that’s when you punish them with his damaging command grabs that setup for his okis.

EX: Similar to the B version but has more range in full invincible frames.

EX: A command grab that has faster startup and does more damage with the same properties as the non-EX version.

(An anti-air combo. You can just buffer the hcf+A since it'll only come out if cr.C connects.)

(qcb+D is included because it allows you to move in if you are not directly already in the corner. Though considering you toss them out of the corner, you might just want to do a normal for a reset)

(same confirm, with a super)

(A swag combo. Will throw them out of the corner though.)

(same confirm, with a level 2 super.)

(When cancelling into the climax, do the input as soon as Daimon throws them off screen)

(same confirm, with a climax cancel)

(Uses the other super for actual damage.)