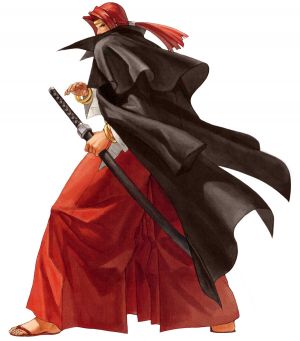 Blowback Attack Pressing the E button while blocking will allow Moriya to do counter with far 5C, and he will then tag out.

Pounce Attack: 3C | df+C when opponent is down

Moriya is a solid rushdown/mixup character. He has good pressure with his decent pokes (5B, 5D, 2D, far 5B/5D), his rekkas and some tricks with his DP+C, quickdraw strikes, and teleports.

Moriya's low cr. B is a very good tool for combos and faster not-sword-length pokes. So usually, Moriya's goal in combos is finding short confirm into A rekka.

Usually, Moriya's combos start the same way with cr.Bx2/3 with or w/o a jump-in. A jump-in can be added to just about every combo while still fitting 1 or 2 cr.B's or a cl.D. 3A/df+A can be used as a starter to for some combos that don't involve Tactical Step. For combos into all hits of A rekka, overhead slash must go right into A rekka or you will miss the 2nd hit.

Your main BnB. Can also start with 3A, but you'll miss the 3rd hit if midscreen unless point-blank.

At range where 2B will not reach, use 2A and do 236A fast to bypass the rekka's second hit into overhead.

Command Overhead starter with a low right after. Like the combo above, involves kara canceling the 2nd rekka hit to combo into overhead.

Takes advantage of hard knockdown and leads right into a teleport mix-up. Also a safe way to guarantee enabling of Special Dual Assault if you have Kaede.

This will net you more damage than 236+Ax3 and an opportunity to reset. Wait for after the 2nd part of rekka hits before 623+C to avoid getting the 3rd instead.

The only things that will combo after 236+Ax2, 623+C. Good route for taking down red health.

The sheer unreliability of 214+px2 as a combo tool gives Tactical Step a better use of a single bar for more comfortable confirming and better damage.

Just to style with Tactical Step. Could end up carrying from midscreen to corner, and even if you don't make it you're still given a cl.B into teleport either way.

BnB into SDM. It's simple and powerful.

Tags on a good extra chunk of damage to SDM BnB at the cost of an extra bar.

Assuming the opponent has lost little to no health, this is a combo that takes out about as much red health as is left behind before normal Dual Assault nearly deletes it by carrying from midscreen to the corner. If you have Kaede and Special Dual Assault at the ready, this is one way to burn your meter and cripple the opponent's ability to recover any red health they already have and you just gave at the same time. Can save a bar by only doing [cl.D > AB] twice rather than thrice, and is recommended if you're between midscreen and the corner rather than AT midscreen. 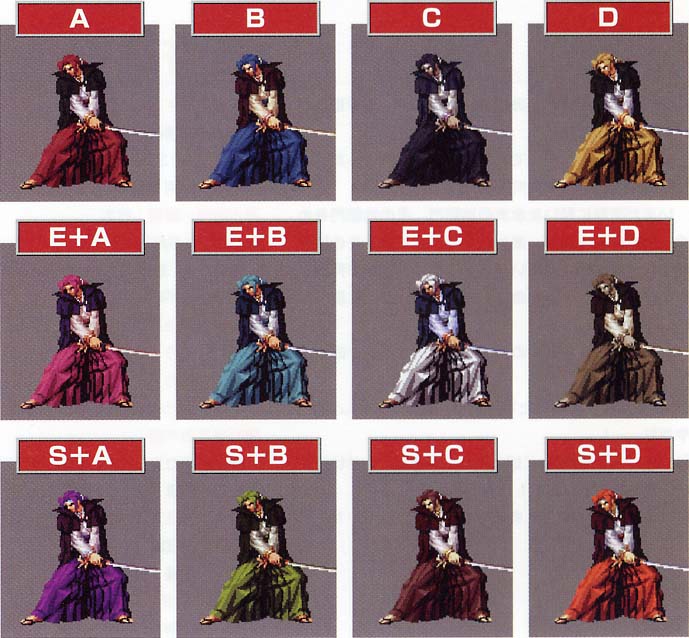