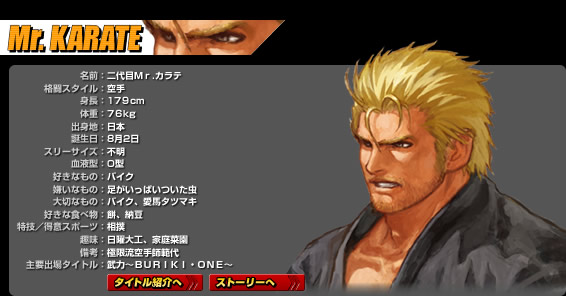 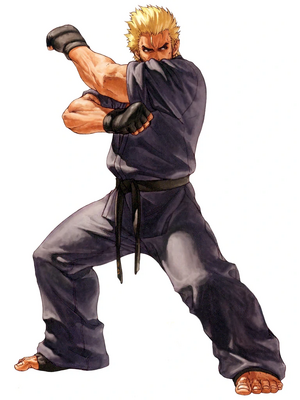 (NOTE: Mr. Karate is Ryo Sakazaki, and will be referred to as Ryo for convenience.)

- Bnb is cr.B xx Cr.C xx A or C fireball/Deadly Assault. - You can vary this via cr.Bxxcr.C to ranbu super (qcfhcb+p super) Another bnb of his. - Do not waste time with his Buriki One (qcfhcb+k) super unless you are an expert in it. I can hit this stuff later on. - He has two types of command flying kicks: one that is hcb+k (b button is sae ala 2k2) and the db, f, k one that flies across the screen. So he has his old ones plus Takumas from 2k2. - Yes Dp+A is a good Anti Air but so is Cr.C. It's pretty good and SAFER. - In the corner off a Throw you can link Dp+D overhead as an OTG. - Haohshokoken is good from afar and still used to punish stuff. 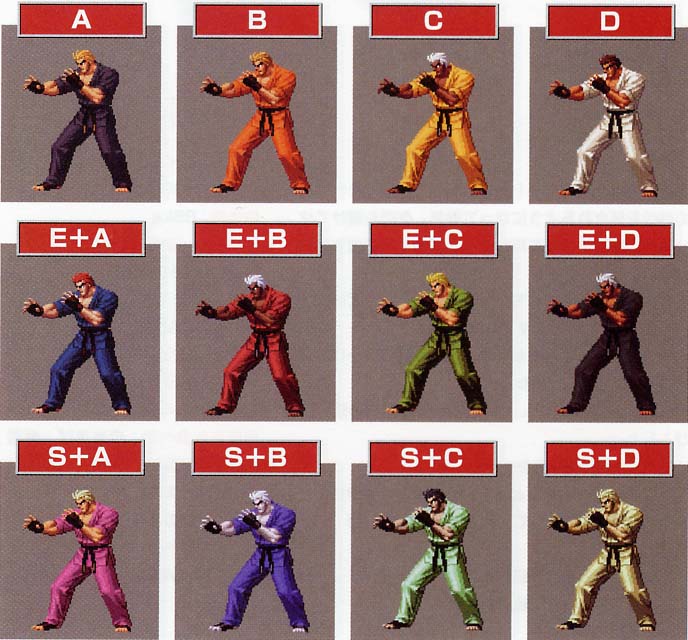