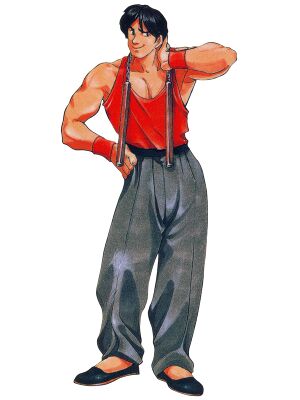 Spam Sky of Fire A. That's it, that's the character.

Okay seriously, Hon Fu is just kind of okay. He does have some good buttons, decently damaging chains, and a relatively consistent pursuit attack but he doesn't particularly excel in either of those regards. Actually, he doesn't really excel at anything outside of having arguably the best DP in the game with his light Sky of Fire(623A). Thankfully, Sky of Fire is good enough that you can center your gameplan around it, because the rest of his moves are designed to be gimmicky and annoying rather than good. There aren't many things Hon Fu can do that others can't do better so he has to work a bit harder than most, but if you really like Jackie Chan or just like spamming DP you'll have a good time.