The King of Fighters '98 UMFE/Andy Bogard 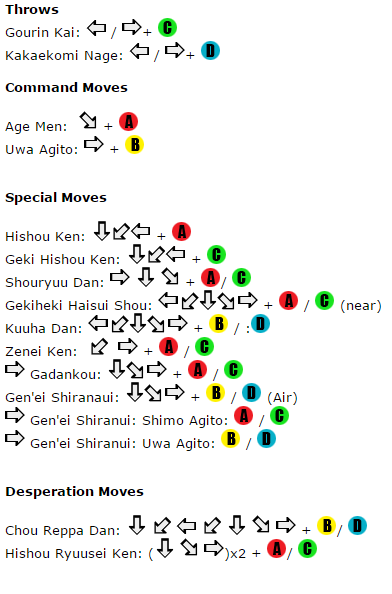 Andy is mostly a rushdown character wtih plenty of mixups and movement tools. In neutral Andy has some adequate pokes to control his space with, but in general his goal is to get in with universal movement options as well as his grounded dashing attack and divekick move, which let him approach pretty easily. Up close Andy has access to low confirms, a nice crossup, an overhead, and most importantly a proximity unblockable that launches the opponent for setups or combos. When played in Ultimate mode with the roll and Extra mode meter selected, he also gains access to some very damaging combos. Andy's main weakness is a lack of long range tools to fight with.

King of Fighters 98 UM FE: Andy Guide by Mash It Out
【KOF98UMFE】究極のアンディ？！世界最強クラスプレイヤー包子にボコられた【KOF / KOF98】 by SCORE