The King of Fighters '98 UMFE/Chizuru Kagura 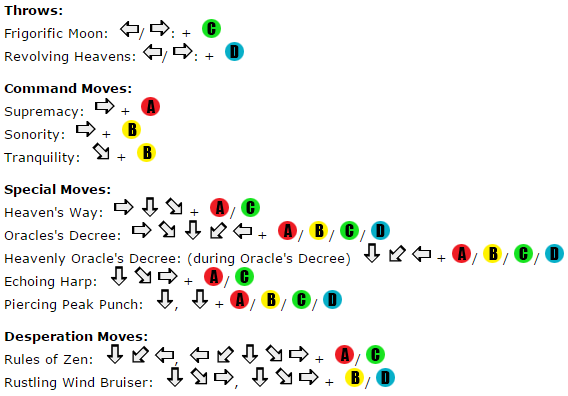 Chizuru's main strength is that she can create clones of herself to attack. The clones allows her to do oppressive pressure and frametraps when close up and zone some when further away. She can also use the clones as movement options, as she can take the place of the clone at the end of a move. Her DMs are especially interesting: she has one that seals the opponent's special moves for a period so they are restricted to just their normals, and another that creates a series of clones to put the opponent into hitstun/blockstun during which Chizuru can combo/mix the opponent. In neutral, she also has access to a good slide and a projectile reflector to help her against fireballs. Her main weakness is that her clones also have hurtboxes on them, so they can be hit and counterpoked.

King of Fighters 98 UM FE: Chizuru Guide by Mash It Out