The King of Fighters '98 UMFE/Chris 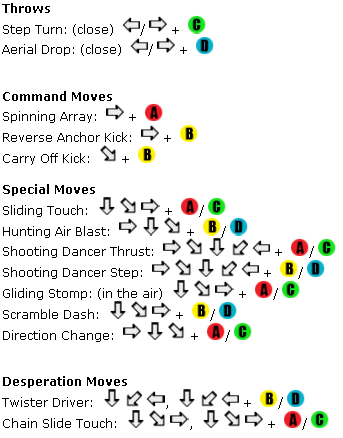 Chris is a tricky rushdown character with a lot of movement options. Chris has some of the fastest movement in the game alongside access to teleports, a slide, a divekick, and some forward-moving attacks that let him move around the screen really well. On offense he has access to good low confirms, a pretty safe but slow overhead, an invincible jumping command grab, and a nice crossup. On defense, he has access to a DP; it is pretty slow, but he can also use his jumping command grab defensively. His DMs are also good, one being great for punishes and the other one being an invincible reversal. Chris does not have many tools to fight at long range, but due to his excellent movement that is not a big problem for him.

King of Fighters 98 UM FE: Chris Guide by Mash It Out