The King of Fighters '98 UMFE/EX Robert 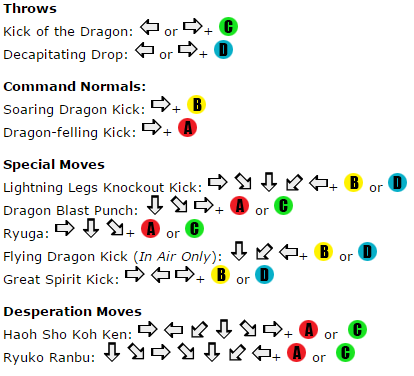 EX Robert is a well-rounded character with some good space control tools. For long distance, he has an aerial projectile, and for midrange he has a nice assortment of buttons to control space and keep the opponent out. Up close, he has access to nice confirms, a good overhead, and some good corner pressure. To round out his kit, he has a good DP for anti-airs and reversals, and a kicking move that will vacuum the opponent in and can catch jumps or pokes. His main weakness is that he lacks really scary mixups.

King of Fighters 98 UM FE: EX Robert Guide by Mash It Out