The King of Fighters '98 UMFE/Joe Higashi 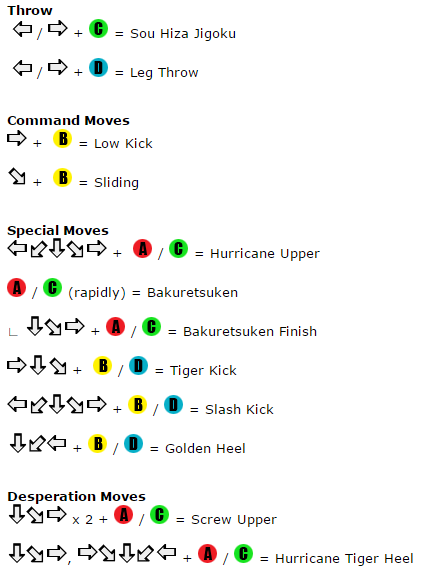 Joe is primarily a mid-range zoner, with a good projectile and nice buttons to control space with. Up close, he has some nice pressure strings to annoy the opponent with, and a few mixup options as well, such as an untechable throw and an instant overhead. In Advanced mode, Joe gets some nice confirms into his DMs, and in Extra mode he gets really damaging Quick MAX combos near the corner. As a result, Joe wants to use his space control and pressure strings to push the opponent towards the corner, where his pressure is even stronger and his combo damage is higher. Joe's weaknesses are his floaty hop and his fairly slow movement speed.

King of Fighters 98 UM FE: Joe Guide by Mash It Out