The King of Fighters XII

From Dream Cancel Wiki
Jump to navigation Jump to search 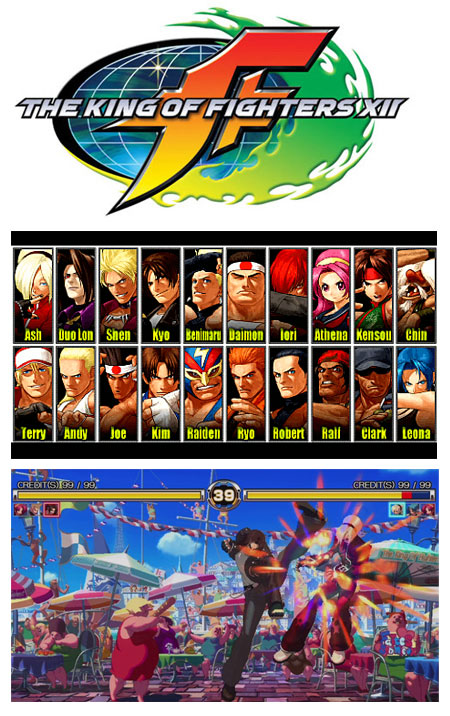 KOF XII is the first HD entry into the series and was SNKP's attempt to reboot the series. SNKP stripped out many of the technical elements of the game in order to create a simpler fighter to attract new fans. Two new systems were added into the game: Clash and Critical Counter.

CD = Blowback Attack. In XII, CD can be charged. A fully charged CD results in crumple.

P = With either Light Punch or Strong Punch

K = With either Light Kick or Strong Kick

s.C - Standing close hit strong punch. Since most far hits are non-cancelable, standing attacks such as s.C are always the close version.

d.B - Crouching or down B

The Clash, or Deadlock, system was one of the new systems added to XII. Basically, attacks of equal strength which connect simultaneously will clash. The resulting clash results in reduced damage (30%) taken by each character. When a clash occurs, both characters will hop away from each other but this hop can be cancelled into other moves. Pushing f on the joystick results in a forward dash. The clash can also be cancelled into an attack or a forward hyper hop. All special moves are considered Strong in the Clash system.

Clashing with projectiles nullifies any damage from the projectile and allows the advancing player to move in on zoning characters more easily.

A Critical Counter (CC) is a custom combo system which goes into effect upon counterhit C (or D for Kim, Clark and Duo Lon) when the Critical Counter meter is full. A successful CC causes a green flash and puts the opponent in a stunned state, similar to a juggle state, which lasts for a few seconds. The CC meter is filled by attacking and being attacked.

Unlike most KOF games, KOF XII do not have characters grouped into teams or boss characters. However, players are still required to choose a team of three characters in order to play.