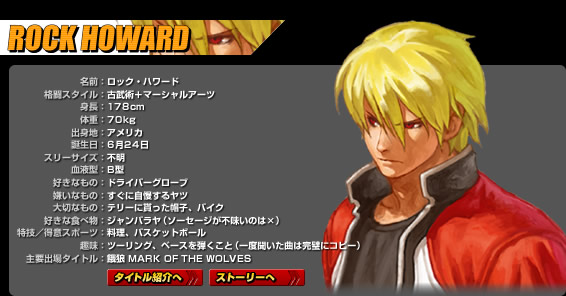 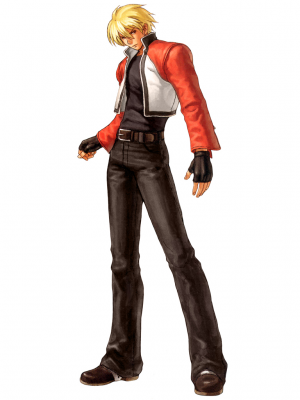 Guard Cancel Tag Attack Pressing the E button while in blockstun will have Rock counter with close D, before he then tags out.

Storm & Stream: rdp+CE (When partner is Terry Bogard and within 10 counts after Rage Run: Shift)

Useful for those ranges where cl.C won't come out. Will not combo if st.D is done from too far away.

A+C has slower startup than st.D, but covers more range, and moves Rock forward slightly. Relatively long hitstun allows for confirming into a qcb+C, qcf+E or qcf+K, even from maximum range.

Will not be able to link into Rising Tackle if done from too close. If done with a jump in, you're guaranteed to be at the right distance to link Rising Tackle after qcb+A.

Will not combo from maximum range.

Chain into the second cr.B as soon as possible, otherwise the super will not combo.

Will only work from point blank range. 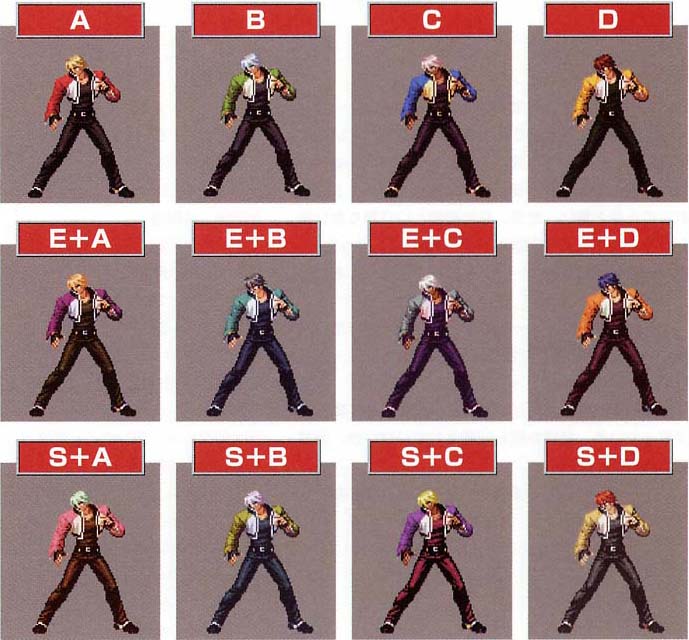