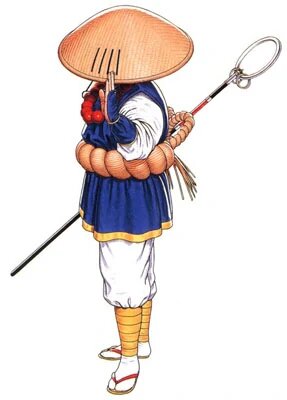 He used to sit comfortably in the top-tier, and was probably his strongest in RBS, however he lost a lot of what made him strong in those games. He went from having a barrel-full of anti-airs to one (arguably two) and it's a normal. He has decent pokes, a fireball that can hit low, a nice command throw, a pursuit that hits anywhere on the screen, and an infinite (far and away the hardest in the game). He has less range than you think he would with a staff, limited combos, huge recovery of many of his specials / supers, and very few options to stop someone who's rushing. 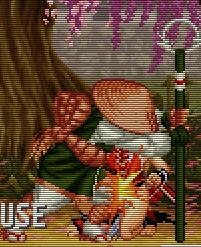 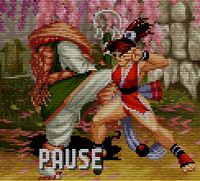 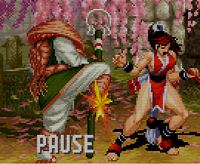 -Recommended chain to use at medium range

Notes: He gets a slight advantage on block from canceling heavy attacks into 2BC, which can make for some interesting rushdown once you factor in his 5C and 360 grab.

His 5C's animation is cut short if it hits or is blocked. When whiffed, its recovery is actually quite bad - if the opponent hops over it, expect to eat a nice combo.