The King of Fighters '98 UMFE/Mature 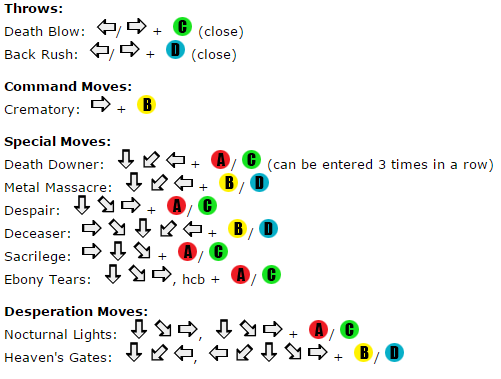 Mature is an interesting mix between a zoner and a close-range pressure character. Her main attraction is her big projectile; it's slow to come out, but it recovers fast and travels slow enough that Mature can either choose to go in behind it to set up offense, or wait for the opponent's response to it if she wants to be defensive. To complement this, she has a lot of moves that move her forward to help close the distance to the opponent. Her best tools up close are her good low hitconfirms and hop pressure to complement them. She's also got some good specials for dealing chip damage and ending her blockstrings safely. Her weaknesses include a lack of strong mixups outside of the aforementioned high-low, and a lack of a meterless invincible reversal.