The King of Fighters XIV/Billy Kane 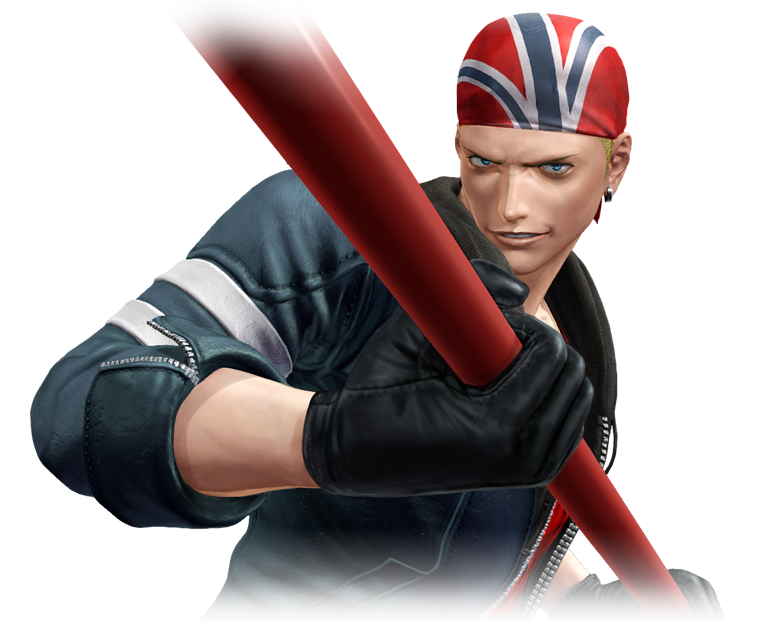 Billy Kane is a long-time King of Fighters character that has been sticking it to his opponents since 1991. Billy simple to play, but has his own executional quirks which may take some time to get used to. He has an awesome set of long-range moves geared for a controlling normal-centric playstyle. Billy excels as a point character but can make use of meter well too as he’s one of the characters to be able to combo after a Climax.

EX: Similar to the normal version, it has no function outside of corner combos, but EX-version is always the same animation with a vacuum effect at the end.

EX: Combined with the speed of the A-version and follow-up possibility of the C-version, the EX Sansetsu Kon is also the most damaging of the three.

EX: EX DP sees less of a use due to XIV mechanics, but the invulnerability is still there. Like most EX moves, it’s a combination of the normal specials with the same speed as the light, but combo potential of the heavy version.

EX: This is the moneymaker EX move, once in a combo it gives Billy a full juggle. You can follow f+B or dp+K with it, it’s that fast.

Max: Bigger, badder version in which Billy sends the fire all the way fullscreen, which is a moot point since you only want to use this in the corner.

Max: Longer reaching, bigger and better version of the move.

Meterless: Following his close jab, Billy does a spinkick into flurry of stick-spinning attacks and ends with the heavy version of Sansetsu Kon (hcf+C) which means you can also input the follow-up (just press A until the end). This is actually the most meter-gain and damage outside of heavy combos before you get a stock.

1 Meter: Instead of Sansetsu Kon, Billy ends the rush combo with the windmill super.

EX: While in MAX mode, finishing the rush combo will give you the EX version of the same super.

Like said previously, this is a little bit more inconsistent with hits.

This is the most meter-gain and damage outside heavy combos before you get a stock.

Not much, but good to remember.

Converting from counterhit j.CDs is generally harder than in XIII, but Billy has a somewhat easy time due to his long range. The lower you are in your jump arc when counterhitting the easier it is to tag with f+B as long as they're in the air too. If you CH them while standing it's better to go for straight f+a/far C.

Just a small extension you get after dp+B. You can also super cancel the hits for a little more damage.

A hitconfirm into super. Not that useful in this game.

Possible projectile counter as f+B travels over a lot of fireballs.

Decent damage for just one bar and a stray air CH. Using the super is also way more consistent than the meterless combos. Omitting f+B leads to inconsistent super hits.

You can switch starter for a light confirm. Point Billy has to do EX Hishou Kon first, later positions you can switch D and EX around if you want to. Variable damage comes from not getting all dp+K hits.

With a far C into MAX-starter you get 405. This is his main route for 1-bar combos. You can cancel the cr.C into f+B to end up right next to your opponent just slightly minus.

Billy is a bit worse of than most as he has to spend a bar to get anything from st.CD (usually). If you don’t let him run properly, he will not end up close enough to hit with cr.C.

Check Misc. for more info on this combo. It’s a great whiff punisher.

A ‘touch of death’ combo on 900 health class characters (Kula, Athena, King, Mai, Leona). It’s preferable to mash punch with just one button (either will do) as to not activate the EX version. Depending on the hits you will do a few points less damage, which won’t matter against aforementioned characters. The jump-in is necessary to go over 900.

Billy’s f+B normally whiffs crouchers, but there is a certain situation you will hit them every time. One of the most “producible” situations is far C [BC] MAX cancel into cl.C. For some reason, maybe due to the reeling animation or something, f+B will always hit even a crouching opponent when done like this. This eases up the far C whiff punish as you don’t need to execute a crouching normal from the MAX run. So, for example you can do: far C [BC], cl.C > f+B, qcb+AC, hcf+A > qcf~qcf+K Which shouldn’t work but it does. On the whole roster.

Getting the most out of far C MAX cancel though, means you might want to and actually need to learn to MAX run into cr.C as it’ll net you a conversion from further away. This is crucial to his other MAX-confirms too as his close heavy normals are very slow. For far C MAX conversions, there are pretty much three ranges with three combos:

Here’s possibly an outdated video (patch 2.0 introduced some changes to the MAX run speed) on the matter. Initial spacing is from the round start, check the front feet and the lines: https://www.youtube.com/watch?v=PDInmPq97Sk You can eliminate combo #1 entirely if you learn to cr.C from MAX cancel, it’s mainly for convenience.