The King of Fighters XIV/Rock Howard 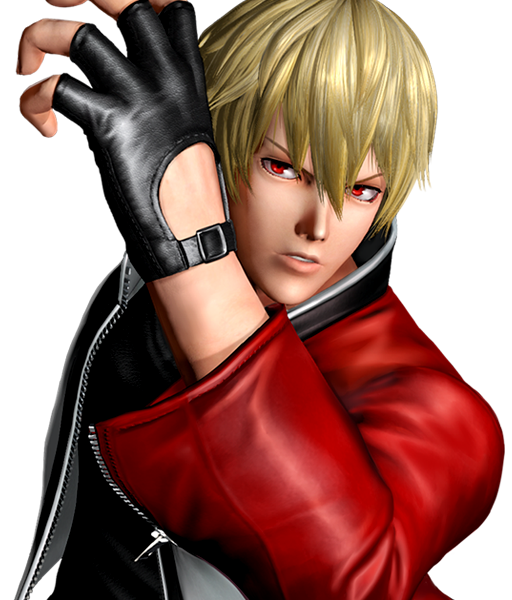 (Timed To Your Opponent's Attack)

Rising Tackle - (charge down briefly then up + A/C)

EX: 21 frame startup, -9 on block. Causes a floor bounce, allowing for followups. Similar to the regular version, Rock will run but not dunk the opponent if they are too far away. Has Low Invul

EX: Starts in 12 frames, same as non-EX. Cannot be Break Cancelled, instead has Rock emit a blast that causes a wallbounce. Can be comboed out of. Is throw invul.

Max: * 6 frame startup, -20 on block, Longer version of the move that does more hits and adds several followups in the air. Inadvisable for Climax Cancelling, as you won’t be able to get the full damage of the move before being forced to cancel into Neo Deadly Rave

Max: 5 frame startup, -55 on block. Has even more invincibility on startup.

(simple max combo that can be performed anywhere but the corner)

(basic corner combo, qcb+C can be used if the d~u+C -> AB is done quickly after qcb+AC)

(you can use level 2 Raging Storm instead of Shine Knuckle, but it does less damage)

(basic Max mode combo that can be done anywhere but the corner. Can start with cr. Bx2, st. B into [BC] for 523 damage. Use qcb+A instead of qcb+C if you are performing this combo on an opponent in the corner)

(this combo is easier to land than the one below but does less damage; qcf,qcf+D has 5 hits, so AC into qcf,qcf+AC on the very last hit to maximize damage)

(you want to climax cancel really late so the opponent is already flying of the Raging Storm when Neo Deadly Rave starts up, right about when Rock finishes saying “storm”)

(same as the version with regular Raging Storm)